“He’s gone,” said Harry Potter, while looking at his picture of Dumbledore on his chocolate frog card.

“Well, you can’t expect him to sit around all day,” said Ron.

Loosely stolen from the Harry Potter and the Sorcerer’s Stone, this is how we first learn of moving pictures in the Wizarding World. And I’ve got a secret for you.

There’s a hidden spot in Diagon Alley at Universal Studio’s Wizarding World of Harry Potter. It’s called Shutterbutton’s Top-Notch Shots and it’s where you can get your very own moving pictures.

If you’ve ever seen or read the Harry Potter series of books, you’ll know that wizard photos move. Now you can recreate that experience for your kids or yourself!

Located only in the Universal Studios side, and not in Hogsmeade at Islands of Adventure, you’ll find Shutterbuttons. Upon entering Diagon Alley, Shutterbutton’s is about halfway up the alley, on the left, next to Madame Malkin’s Robes shop. This hidden gem is almost never crowded. The shop is small, but always well-staffed with helpful witches and wizards.

To get your very own moving pictures, you’ll enter one of two rooms and stand in front of a green screen. The witch or wizard will direct you where to look, where to stand, and how to react. He or she will take a series of movements and photos for you. Of course, if you haven’t dressed the part, Shutterbutton’s has spare robes for you to borrow.

IMPORTANT – Do Not Wear Green – Taking photos in front of a green screen means that any green items will not show up and appear as the imposed background. Sorry, Slytherins. You’ll have to borrow another house’s robes.

I’ve also read reviews that they only have Gryffindor robes to borrow. I’m not sure if this is accurate or not, but if you’re a Ravenclaw or Hufflepuff, you may want to bring your own robes.

After capturing your moving pictures, you could embark on an epic battle with your family members. Okay, I actually mean a posed still photo in front of the green screen. This time it places you, wands ready, in Diagon Alley facing each other.

This alone is worth the cost. It’s a magnificent photo that you can see above, with no one else in the glistening alley.

Once capturing your moving pictures is complete, you’ll see a preview of some of the images on the DVD. NOTE: You’ll only see about 4 of the 12 different scenes taken. Obviously, they want you to buy the package to see all the photos.

Also note, since we’re not actually magical people, but muggles, our moving images are on a DVD.

One of the comments below asked if you can schedule your moving pictures. I did ask at Shutterbuttons, and the answer is no. However, they may give you a time to return if they are busy. I’ve poked my head in there often and they never seem packed. I think the price point prevents too many people from participating in this experience.

Pricing for the DVD is not cheap. However, it is free to try, to see some of your moving photos. If you do the experience, you can come back later in the day to purchase. At the time of this publication, the prices were as follows:

The nice thing about this, however, is that you get it both digitally and with a DVD in hand. See ours below!

If you have an annual pass that provides discounts, you can apply those here.

Universal does offer a photo package. But note that Shutterbuttons is NOT included because this is a specialized DVD and not just photos.

Want More Harry Potter at Universal Studios? Discover where to find all the Butterbeer locations here!

« What do You Do When Your Travel Plans Get Canceled?
The Advantages Of An Independent Vacation » 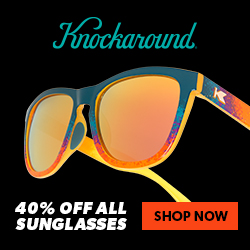 As a 1,267 feet rock formation that dramatically j

Did you know that today you can get into a Nationa

Even if you don't travel every month, or seek to h

Fortunately, when I started researching affordable

Where do you think the most family friendly vacati

Are you ready for an adventure wherever you go?⁠